The views expressed in this blog are my own, not those of the Britrish National Party.

The views expressed in this blog are my own, not those of the British National Party.
Great Britain is a free country, I am free to express my opinions! 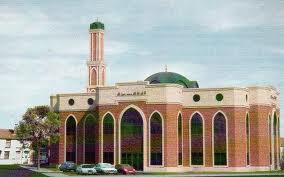 The political representatives (most of them Labour, Red Socialists) of the people of Stoke-on-Trent have seen fit to grant full planning permission to a 600 seater (1200 knees ???) mosque on the former Denton Works (pot bank) in Chaplin Road, Normacot. The only objections put forward against this outrage were that this massive structure and the inevitable five fold increase in traffic to that densely populated area could in some minor way impact upon the lives of the local population in a negative way! Regardless of this the entire planning committee voted in support of the £1.5 million mosque and it is to be built within three years (if the Muslims can find the money).
Its quite clear to me that the planning committee have missed the big point here, that being that this enormous mosque will result in permanent and unpleasant change for the remaining English community in that area. I know this because I've seen it in Birmingham, London, Derby and Leicester where massive central mosques have been built and has resulted in the influx of hundreds (and thousands) on Muslims to be near to the mosque and the inevitable flight of all non-Muslims who want to get away from the Muslim dominated area. This process has been witnessed all over the western world where the multi-culti enforcers are engineering the new 'mixed' communities - naturally, by choice, the people don't wish to be 'mixed' (they prefer to live amongst their own kind) and move on. Its this little recognised and not very well understood feature of human nature that will, in the course of time, bring the enemy/traitor regime of the west to utter destruction.
Anyway, back to Normacot. Lets get things perfectly clear, this three storey (it will tower over the entire area) mosque in Normacot is an indicator of the insatiable appetite for expansion of the invading Muslim hoards. When it is built the English and other non-Muslim residents will most certainly not feel comfortable living in that area any more and will leave. The traitor class (Labour Red Socialists, spineless independent appeasers, our super power masters in New York and London) and their sycophants are responsible for this calculated act of betrayal to the trusting English people of Normacot. This act of vicious destruction against the genteel English people of that town is proof that we are the subject of a war of annihilation being waged against us by a traitor/enemy cabal that has infiltrated all positions of power and control within our nation.
In ending, I declare that this decision to allow (encourage) a central mosque to be built in the middle of an English town to be a culture/religion/political crime against my people. One day, I will be looking forward to putting those responsible for bringing this Trojan Horse into the heart of my community (you know who you are) in the dock of a British Peoples Court. Until then I will do all in my power to expose this treachery and to build a political movement that can challenge the enemies of the British People!
Posted by Michael Coleman at 01:24 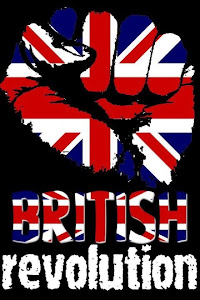 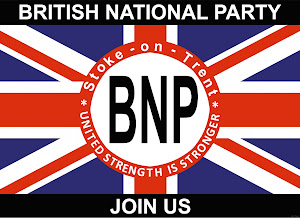